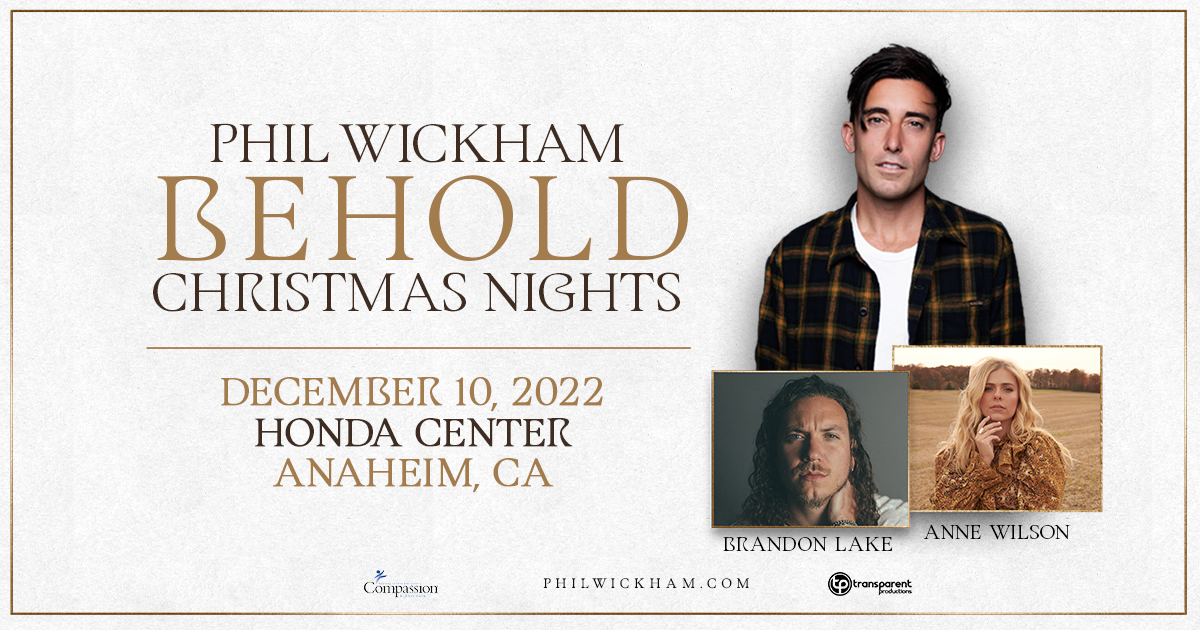 Phil Wickham is bringing his acclaimed Christmas tour to the West Coast this December alongside special guest, Anne Wilson! Don’t miss the BEHOLD Christmas Nights, a space set apart to pause, reflect and usher in the Christmas season through corporate worship. Tickets will go fast – we hope to see you there!

Since his self-titled debut in 2006, Phil Wickham has emerged as a leader in the modern worship movement, penning countless songs sung in churches around the world. His RIAA Gold®-certified single, “This Is Amazing Grace,” was his first career No. 1, holding the top spot for 13 consecutive weeks and named Billboard’s No. 1 “Christian Airplay Song of the Year” in 2014 and BMI’s “Christian Song of the Year” in 2015. His anthemic “Living Hope,” also RIAA Gold-certified, earned him a GMA Dove Award for “Worship Recorded Song of the Year” in 2019. Wickham’s music has received hundreds of millions of streams across his catalog and platforms, with his discography including eight full-length projects, multiple Christmas releases, and a series of popular Singalong records that capture Wickham’s songs doing what they were always meant to do—giving people language to sing to God. To find out more, visit PhilWickham.com.